The MSB project’s position and aspiration regarding the hunting issue are to promote and implement the principles of sustainable hunting in order to reduce impacts on populations of migratory soaring birds to a minimum. For that purpose, strategic alliances with major actors of the hunting sector have been established with the aim of successfully integrating conservation objectives, such as achieving sustainable hunting, within the sector’s regulations and activities.

What do we do?

To achieve the MSB project conservation objectives in the hunting sector, two national components of the MSB project (MSB Lebanon and MSB Jordan) are implementing national projects in their respective countries.  These projects aim to promote and effectively integrate sustainable hunting principles within the legislation and enforcement practices of the Lebanese and Jordanian governments through the establishment of strategic partnerships. To learn more about national components and their national projects click here or contact the desired organization by clicking here. 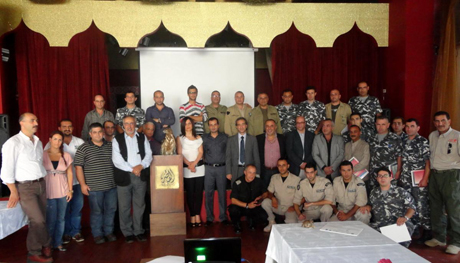 MSB project partners operating in the countries concerned by the hunting issue, aim to emulate national components and implement a national project by paving the way for future potential partnerships with major national stakeholders of the hunting sector. If you are involved in the hunting sector in any of the 11 countries or in the region and would like to learn more about how the project might be of interest to you please contact us or any of our partners.

The Regional Flyway Facility (RFF) supports the work of national components and other project partners by providing technical support, building capacity, raising awareness at a regional level and facilitating coordination and lesson learned exchange. For that purpose, RFF has developed guidance materials and tools to enhance sensitive practices for migratory soaring birds, established monitoring schemes to assess the impact of mainstreaming interventions and produced communication materials to raise awareness. If you would like to have more information on that please contact us.

Hunting in the Rift Valley/Red Sea flyway is the greatest direct threat to migratory soaring birds. Bird hunting is widespread and largely indiscriminate in the region, where it has deep cultural and traditional roots, causing severe declines of the populations of many globally threatened and vulnerable species. Hunting is practiced in many forms such as shooting, trapping or capture for food, recreation or trade. 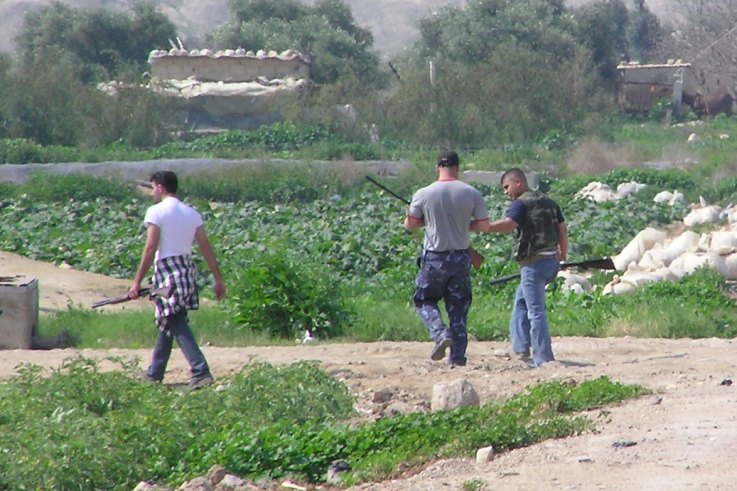 Hunting has deep cultural roots in many middle eastern countries

There is a considerable lack of quantitative data on numbers of hunted birds within the region and on the resulting impacts on population levels.  This deficiency of information associated with weak legislation, enforcement, management systems and low public awareness makes the hunting sector one of the most challenging sectors to deal with.

However, there is increasing evidence of hunting of migratory soaring birds in countries along the flyway, with several recorded hunting incidents of globally threatened species such as the Northern Bald Ibis. This is of considerable concern as these slow-reproducing species are more vulnerable to hunting and their populations suffer greater decline.

It is estimated that a total of a half to one billion migratory birds are shot in the Mediterranean countries every year, by approximately 10 million hunters. Estimates include tens of thousands of migratory birds shot in Lebanon, and between 10,000 – 100,000 birds in Syria annually. In Saudi Arabia an estimated of 500 birds of prey and in Yemen 500-1,000 birds are trapped annually. Bird hunting is also commonly practiced in Egypt and Jordan.

All for safe skies for Migratory Birds in Sudan

Egypt joins the world in celebrating the World Migratory Birds Day under the theme (Stop the illegal killing, Taking and Trade of Migratory Birds) on May 12th 2016.

The Migratory Soaring Birds project executed by BirdLife International supported by United Nations Development Programme UNDP and funded by the Global Environment Fund GEF, in collaboration with the Egyptian Ministry of Environment organized the

In a rare and strong move, the Lebanese Minister of Environment, H.E. Mohammad Machnouk, handed a letter to the Environment Attorney General of Mount Lebanon, judge Claude Ghanem, asking for the prosecution of 3 hunters that violated the law No.