The Red Sea/Rift valley hosts the migration of over 2 million birds through the region, with Soaring Birds in huge flocks numbering tens of thousands migrating from wintering grounds in Africa to breeding grounds in Europe and Central Asia and vice versa along the second biggest Flyway in the world.

Yet this area is also subject to huge development pressures, as increased demands for energy, food supply, and tourism lead to significant changes in land use and generate the need for increased waste management. Indiscriminate hunting and illegal killing of birds is widespread. Thus, these five sectors of Agriculture, Energy, Hunting, Tourism and Waste Management can create an increasingly inhospitable environment for Migrating Soaring Birds and have the potential to affect populations of soaring birds across three continents 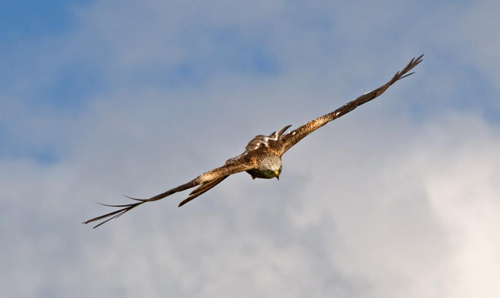 The Migratory Soaring Birds (MSB) project aims to integrate conservation of visiting birds into these key sectors of our societies.

This is being achieved through partnerships and strategic alliances with private businesses, NGOs, governments, international organizations. We are working with these sectors in order to incorporate protection of the flyway at the heart of the development decisions and land use changes within the region, and in the case of hunting, working with governments and sustainable hunting organizations to protect MSBs from illegal killing.

We also call on the concept of hospitality towards visiting guests, a concept deeply rooted in the culture of our region. Finally, we ask for an understanding of the importance of birds in preserving our environment. Vultures are fundamental to a healthy African and Middle Eastern environment, as crucial scavengers.  Birds also eat and control agricultural pests, their migration spectacle attracts eco-tourists from around the globe and their presence acts as indicators of how well we succeed in achieving sustainable development in our region.

The MSB project is supported by the following organizations:

Organized by Royal Society for the Conservation of Nature (RSCN).

Conclusion of the regional workshop for training on the curriculum of the Threats of power lines on birds.

The (MSB) Project has been selected as a national winner of the 2020 Energy Globe Award this year for its role in the protection of Egypt’s nature and its commitment to put ambitious sustainable development programs as a national priority.

The Energy Globe Award is one of the highest environmental awards in the world, and its aim is to provide successful sustainable projects that serve a broad audience. In addition it is the most important environmental award in all parts of the world in which projects that aim to protect our environment around the world. It is awarded for the best projects in the five categories: Earth, Energy, Water, Air and Youth. And this award is an evidence to the project's outstanding efforts over the past years by working to mainstream programs for the conservation of migratory soaring birds in partnership with governments, the private sector and the civil society organizations involved in the Energy sector

Syria Signing of Raptor MoU on 22nd of December 2014

The Ministery of Environment Affairs, has signed the Raptors MOU on the 22nd of December 2014 during a World Migratory Bird Day celebratory event organized in Damascus with the Syrian Society for the Conservation of Wildlife (SSCW – BirdLife Syria) and funded by the MSB project. Representatives from the Ministry of Agriculture and Agrarian Reform and the Ministry of Tourism were among the participants to this World Migratory Bird Day celebration which 2014 theme was “Destination Flyways: Migratory Birds and Tourism.

MSB Lebanon and the Society for the Protection of Nature in Lebanon (SPNL), BirdLife in Lebanon, have been delegated by the government the responsibility of setting the scene for the implementation of the new hunting law in Lebanon. For that purpose, MSB Lebanon and SPNL have developed the hunter manual guide as well as the hunting permit exam and have conducted several training workshops across the country to build the capacity of law enforcers and hunting clubs on bird identification and on the new hunting law.

Memorandum of Understanding with Jaz Hotels

MSB Egypt and Jaz Hotels have signed a Memorandum of Understanding (MoU). This MoU ensures a working collaboration between both parties. MSB Egypt, with the support of BirdLife International through the Regional Flyway Facility (RFF), will be responsible for providing the necessary technical support and building the capacity of Jaz Hotels, allowing them to successfully integrate bird conservation in the planning  and management of their hotels.

The Migratory Soaring Birds project gathered hundreds of people in various countries of the Rift Valley / Red Sea flyway to celebrate World Migratory Bird Day. Celebratory events, organized in each country by the national MSB project partner, emphasized the importance of efficient collaboration between specific target sectors and the conservation of migratory soaring birds. Major national stakeholders from the targeted sectors actively participated in these events, showing an interest and a desire to better understand how to integrate the conservation of birds in their day to day activities and business.

Memorandum of Understanding with New and Renewable Energy Authority (NREA)

MSB Egypt and NREA have signed a MoU. This MoU ensures a working collaboration between both parties. MSB Egypt, with the support of BirdLife International through the Regional Flyway Facility (RFF), will be responsible for providing the necessary technical support and building the capacity of NREA, allowing them to successfully integrate bird conservation in future energy developments.

Capitalizing on its positive working relationships with the Egyptian and Lebanese Ministries of Environment and with the CMS secretariat, the MSB project was able to catalyze and facilitate Egypt & Lebanon's signing of the Raptor MoU. The overall aim of the Raptor MoU is “to promote internationally coordinated actions to achieve and maintain the favourable conservation status of migratory birds of prey throughout their range in the African-Eurasian region, and to reverse their decline when and where appropriate”. www.cms.int/species/raptors

The infamous Port Sudan power line, which is estimated to have electrocuted hundreds and perhaps thousands of Endangered Egyptian Vultures since its construction in the 1950s, was switched off. This decisive action follows years of work by BirdLife Partner BSPB (BirdLife in Bulgaria), and BirdLife’s UNDP/GEF Migratory Soaring Birds project and its local NGO Partner, the Sudanese Wildlife Society.