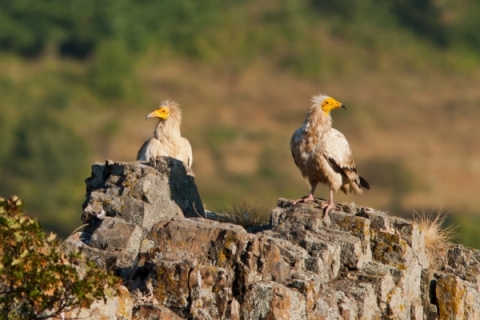 A workshop of the Migratory Soaring Birds (MSB) project has prompted the Sudanese government to replace one of the most deadly power lines in Africa for large migratory birds, the Port Sudan “killer line”.

In particular the 31-km long power line is estimated to have killed hundreds and perhaps thousands of Egyptian Vultures Neophron percnopterus since it was constructed in the 1950s. The most recent survey found, during the month of September alone, the carcasses of 17 Egyptian vultures along the power line. All the carcasses were found under power poles, 15 under metal poles and two under concrete poles, making electrocution the most likely cause of death.

The President of SWS, Professor Ibrahim Hashim, gave a presentation about the impact of power lines on migratory soaring birds, with the emphasis on the Port Sudan “killer line”. He then introduced the MSB project guidance materials on bird-sensitive power line development [available here].

“Responses from the distinguished speakers were positive”, said Ibrahim Hashim. “All of them stressed the importance of solving the killer power line. The Director of the Electricity Company emphasised the impact of the killer line on birds, as well as the power loss due to electrocution, and he promised to solve the problem.”

The new power line will run parallel to the existing line. The 510 new poles will be insulated with XLPE insulated (AAC) aluminum conductors. The work is expected to take two months, after which the killer line will be removed.

“I was surprised and delighted when I was told that the Electricity Company is working on a new insulated power line that would be finished so soon”, said Professor Hashim. “We thank the Director for fulfilling his promise, which is important for the conservation of Migratory Soaring Birds in the Red Sea area.”   The MSB project will follow and report on the progress of the new power line.

Because of nearby rubbish dumps, livestock farms and a slaughterhouse, the area around the power line has historically been an important stopover and wintering site for Egyptian Vultures, though much smaller numbers have been recorded in recent years. In the paper Persistent electrocution mortality of Egyptian Vultures Neophron percnopterus over 28 years in East Africa [1],  Professor Hashim and authors from the Bulgarian Society for the Protection of Birds (BirdLife in Bulgaria) and the RSPB (BirdLife in the UK) suggest “this power line may have caused the death of sufficient Egyptian Vultures to partially explain population declines in the Middle East, from where the electrocuted birds may originate.” 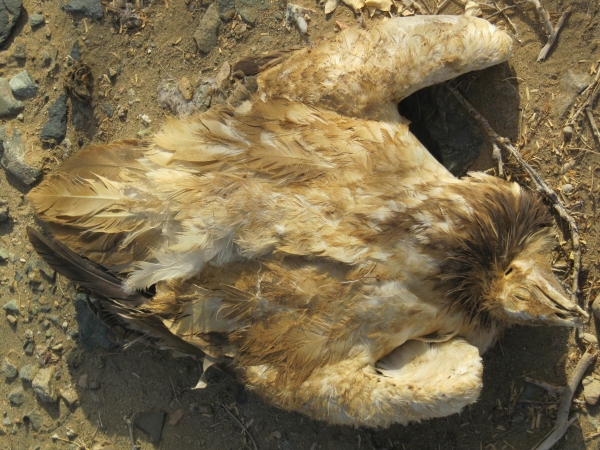 I. Angelov - Permission Granted by the Sudanese Wildlife Society

In 2007 the BirdLife/IUCN Red List status of the Egyptian Vulture was raised from Least Concern to Endangered as a consequence of widespread population declines.

Dr. Marco Lambertini, Chief Executive of BirdLife International welcome the decision “This is a great example on how evidence based science help governments, businesses and civil society work together to address drivers of biodiversity loss. The BirdLife International Partnership salutes the commitment of the Sudanese Government and the national Electricity Transmission Company and greatly look forward to the day the “killer line” will be replaced with the new insulated bird friendly power line.”  For more information contact the Regional Flyway Facility or the Sudanese Wildlife Society here. 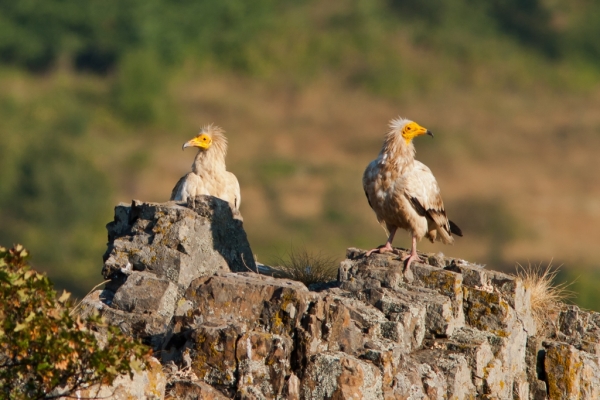