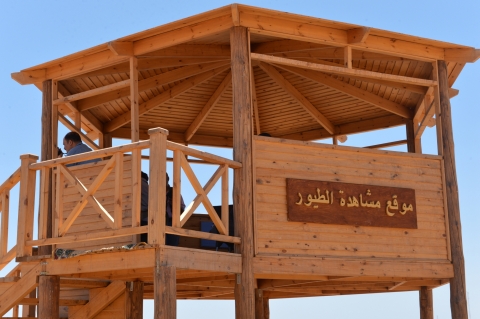 On the 25thof April 2015, two birdwatching towers funded by the MSB project were inaugurated in South Sinai, one at Ras Mohamed National Park and the other at Sharm El-Sheikh wastewater treatment ponds.

The southern tip of the Sinai peninsula is one of the most prized touristic destination of the Arab Republic of Egypt. Important tourism development projects such as luxurious seaside hotels, mushroomed along the coast of resort cities such as Sharm El-Sheikh attracting masses of tourists willing to enjoy what the Red Sea has best to offer. The temperatures are high throughout the year, and the marine environment is spectacularly colourful and rich.

However, this region has some treasures hidden in plain sight. Every fall, hundreds of thousands of white storks and raptors coming from all over Europe and Central Asia on their way to their African wintering grounds rest a few kilometres away from Sharm El-Sheikh, in the Important Bird and Biodiversity area (IBA) of Ras Mohamed National Park. Its location at the juncture of the Gulfs of Suez and Aqaba makes Ras Mohamad a very sensitive bottleneck area for migratory soaring birds that congregate in impressive numbers during their migration along the Rift Valley Red Sea flyway. 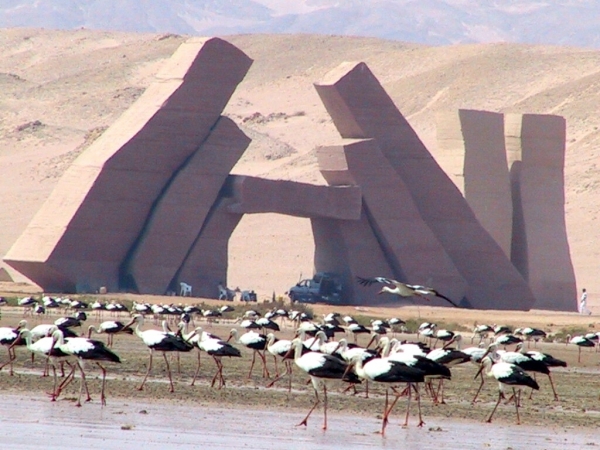 The MSB project in Egypt initiated the establishment of these two stations to encourage the development of birdwatching as an alternative and eco-friendly touristic activity as well as to increase the value of bird conservation in the eyes of relevant stakeholders. The project also contributed to the formation of birdwatching guides from the local community through a series of workshop based on a training module developed by Nature Conservation Egypt (BirdLife in Egypt).

The South Sinai Governor, Gen. Khaled Fouda and Gen. Mamdouh Mosa, head of Nature Conservation Sector on behalf of Dr. Khaled Fahmy,  Minister of environment, officially opened the birdwatching tower at Sharm El-Sheikh wastewater treatment ponds during a celebratory event and as part of the signed protocol between the Ministry of Environment, the South Sinai governorate and the Migratory Soaring Birds Project, to rehabilitate the sewage pond area into a bird friendly site. The operational plan of this site includes the treatment of wastewater through the use of effective microorganisms (EM) provided by the Egyptian Environmental Affairs Agency to protect soaring birds from poisoning. 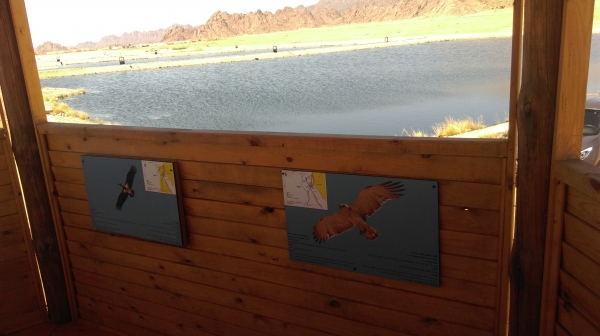 These recent developments are in line with the objective of the MSB project to integrate the conservation of migratory soaring birds into the strategies and activities of productive sectors such as tourism and waste management. In the coming weeks, the project will release a guide to maximise the value of wildlife and birds for tourism and best practices for bird sensitive waste management.

To not miss a thing, you can subscribe to our news notification here.