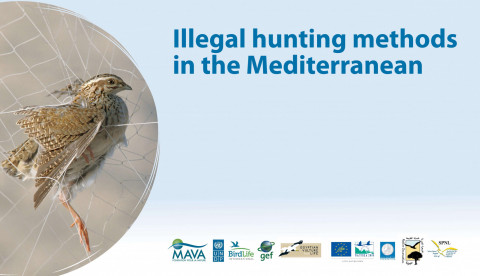 Exhausted migratory birds are trapped in glue, squeezed to death, tangled in fine nets, millions are massacred this way every year before they can reach their breeding grounds. Illegal trapping, shooting, taking and trade of wild birds is widespread and extensive in many countries in the Mediterranean basin. Illegal hunters are using different methods, tools and techniques that need to be understood so that appropriate actions are taken to ensure proper response to it.

As part of BirdLife's celebration of the World Migratory Bird Day 2021, a webinar entitled “Illegal hunting methods in the Mediterranean” was organized by BirdLife Middle East on May 18th, 2021, aiming at shedding light on the illegal hunting methods, tools and techniques used in the Mediterranean region. A closer look at the situation in Lebanon and Egypt was taken at the webinar.

This webinar is a joint activity among BirdLife Middle East projects: Migratory Soaring Birds (MSBs) Project - funded by GEF and coordinated by UNPD, Safe Flyways: Ending Illegal Killing in the Mediterranean - funded by MAVA, and the Egyptian Vulture New LIFE - funded by EU.

The illegal hunting, trapping, take, and trade concept was spotlighted by Jessica Williams, Flyways Conservation Officer at Birdlife International, where she introduced the issue, the urgency of solving it, and BirdLife’s efforts to overcome it across the entire Mediterranean region and beyond. Twenty-five million birds are estimated to be killed each year, of which 3.2 million are in the Arabian Peninsula. However, most of the illegal killing of wild birds in the Mediterranean is not for subsistence food, rather, birds are killed to be eaten as a culinary delicacy, to be sold commercially as such, or part of a kill primarily made for sport might subsequently be eaten. Therefore, urgent actions must be taken at a regional level, where actions in one country affects the populations of birds in another. 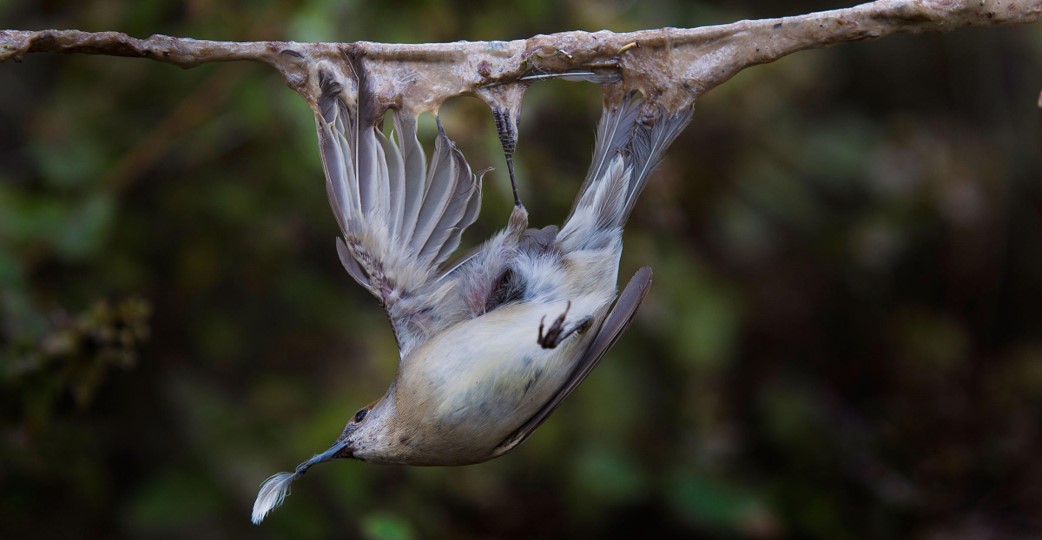 More details of the challenges and success on the ground in Lebanon and Egypt were presented later. The Society for the Protection of Nature in Lebanon (SPNL) team talked about the situation in Lebanon where illegal hunting is widespread, showcasing the urgent need to intensify the efforts to conserve migratory birds. Bassima Al Khatib, Head of Nature Conservation Department, gave more details about SPNL’s efforts to minimize illegal killing of birds in Lebanon and promote the sustainable hunting as a solution, while Lena Farran, the Illegal Bird Killing Manager, shared the illegal hunting tools and techniques that are widespread in Lebanon, such as mist nets, lime sticks, calling machines that mimic the sounds of birds, and illuminated trees, among many others. Then Adonis Khatib, Anti-poaching unit manager, showcased the difference between hunters and poachers, and how SPNL tends to use the hunters’ language to raise their awareness about birds’ conservation.

The situation of Illegal killing of birds in Egypt is not better. Mohamed Raouf from Nature Conservation Egypt (NCE) presented the illegal methods, tools and techniques used in Egypt to hunt birds and NCE’s plan to address bird trapping along the Mediterranean coasts of Egypt. He also shed light on the responsible hunting program and the IKB monitoring program 2015-2018 they implemented to overcome this critical issue.

The webinar was ended by a fruitful discussion, where participants raised different important points regards illegal hunting methods, techniques, and tools. If you miss this webinar, you still have the chance to watch it here.