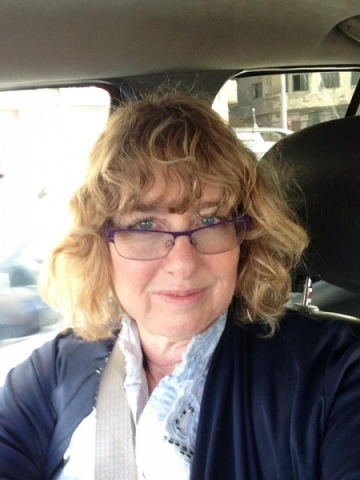 It was with great sadness that BirdLife learned of the recent death of Mindy Baha El Din, a vocal campaigner and pioneer of conservation in Egypt.

Mindy’s long relationship with BirdLife began in 1988 when she was tasked with the running of an education project at Cairo Zoo in Egypt and the publication of the country’s first bird book in Arabic. This post marked the beginning of a lifelong love of and commitment to the country.

Her support and close involvement in the establishment of Nature Conservation Egypt (which went on to become the BirdLife Partner) was one of her many achievements. Mindy actively promoted the country’s tourism sector, showcasing bird-friendly business, and helping many a visiting birder with their holiday arrangements.

Mindy was one of the first to recognise the potential threat posed to migratory birds from wind energy development on the Red Sea –Rift Valley flyway. With her husband, the eminent Egyptian naturalist and conservationist Dr Sherif Baha El Din, she was involved in the early ornithological impact assessments, and by being both determined and well-informed she played an important role in ensuring that the most sensitive stretches of the flyway where excluded from development plans.

She also began what was to become the Migratory Soaring Birds project, which aims to mainstream migratory bird conservation with economic development (including energy). This project is currently being implemented by BirdLife and the United Nations Development Programme, with a 10-year grant from the Global Environment Facility.

More generally, she was an active campaigner for Egypt’s natural and cultural heritage, and worked tirelessly for the conservation of Egypt’s Important Bird Areas. Her adoption of new technologies such as social media and her good relationship with journalists meant she was able to get coverage of the issues that mattered to her.

Her commitment to Egypt’s environment and her dynamic, engaging personality will be sorely missed. Our thoughts and condolences go to Sherif, Laila and Yasmine at this very difficult time.