Lebanese President Michel Aoun launched three bird-themed stamps to celebrate World Migratory Bird Day, and to promote the awareness campaign, he launched to protect certain migratory birds in Lebanon. The postage stamps, which were unveiled during a celebration at Baabda Palace, had drawings of migratory birds that are significant to Lebanon’s biodiversity.

Ibrahim Khader, Regional Director of Birdlife Middle East Secretariat and Assad Serhal, Director-General of SPNL (BirdLife Lebanon) presented the president with BirdLife’s trophy to thank him for promoting responsible hunting of migratory birds and for his role in nature conservation in Lebanon.

Among the attendees were First Lady Nadia Al Chami Aoun, Minister of Telecommunications Mohammad Choucair, Minister of Justice Albert Sarhan, and a number of ambassadors, government representatives, environmentalists and general directors, along with the President’s special advisor Claudine Aoun Roukoz.

“Today, we celebrate the launch of “migratory birds” postage stamps hoping to educate people about these birds in order to make Lebanon, a safe haven for them.” The president said at the event. “Despite signing the U.N. Convention on Biodiversity in 1992, Lebanon is still considered a dangerous zone in which birds lose their lives and, which is no longer acceptable,” he added.

Aoun pointed out that Lebanese hunters took little notice of international and Lebanese hunting laws such as Law 580, which outlines the types of species and hunting materials that are permitted. He said “The hunting of storks, hoopoes, bee-eaters, partridges, sparrows, golden orioles and short-toed creepers was internationally banned” urging the Lebanese community to protect these birds during the migration season. 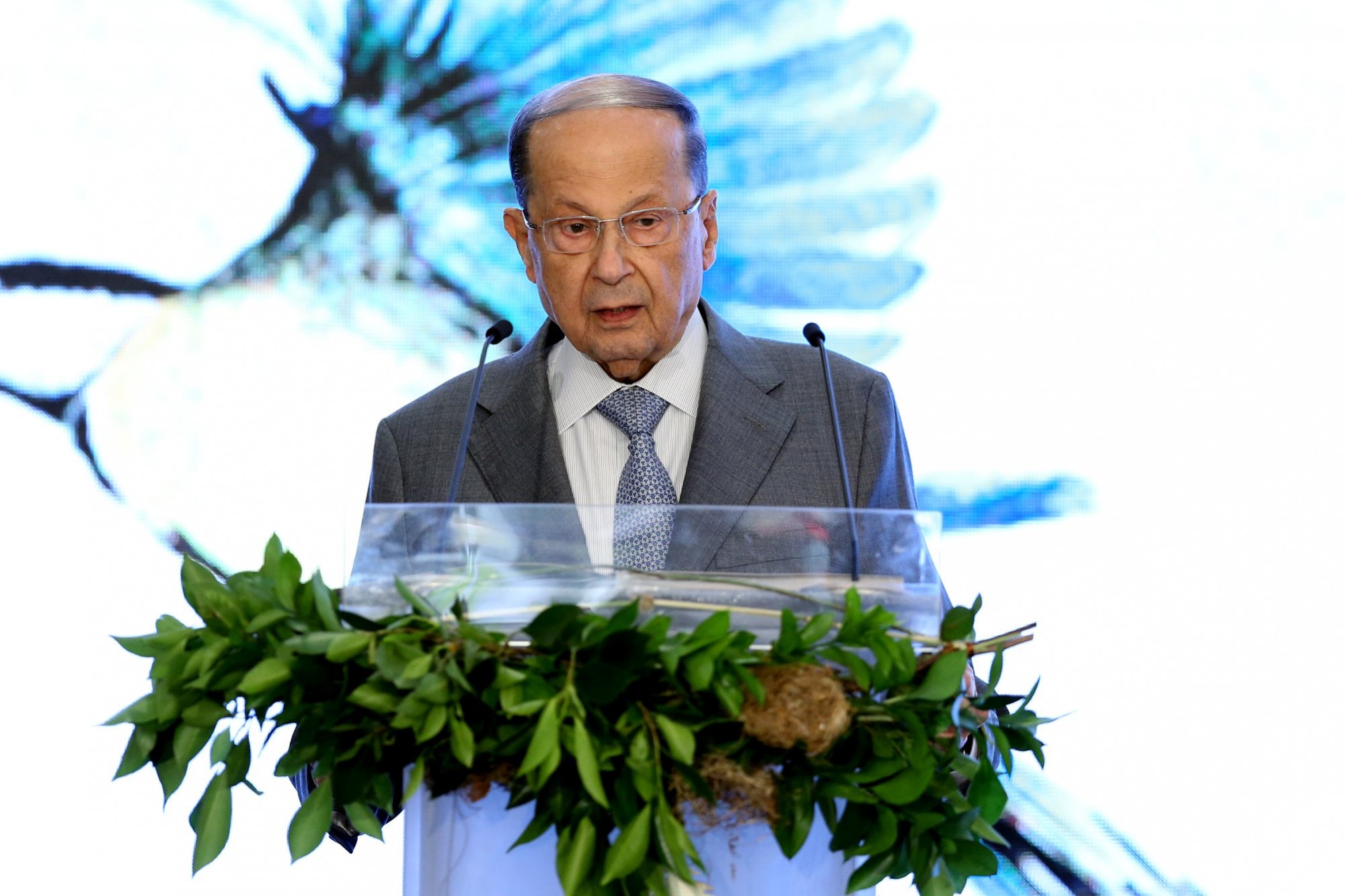 “Respecting the laws of nature is not a luxury,” President Aoun said. “The “human, animal and plant worlds must live in perfect harmony, otherwise there will be disastrous effects for all three, and any fault in these worlds impact negatively on the others. The desert is the best example, where there is no life for the flora and thus none for humans and none for fauna,” he continued. The Royal Society for the Conservation of Nature (RSCN), hosted a lecture titled “Toward Zero Mortality of Soaring Birds on a Wind Farm in Jordan”. Mr.