The event took place in Amman with more than 200 delegates from different governmental institutions, hunting unions and NGOs. Among the attendees were H.E Mr. Khaled Al-Irani, President of the Royal Society for the Conservation of Nature (RSCN) and Mr. Raed Bani Hani, Director of Nature Protection Directorate in the Ministry of Environment.

Nick P. Williams, Head of the Coordinating Unit of the CMS Raptors MoU, also attended the ceremony and gave a presentation on the Raptors MOU, and he stressed on the importance of this move in protecting millions of migratory birds of prey passing through Jordan in both Spring and Autumn every year. 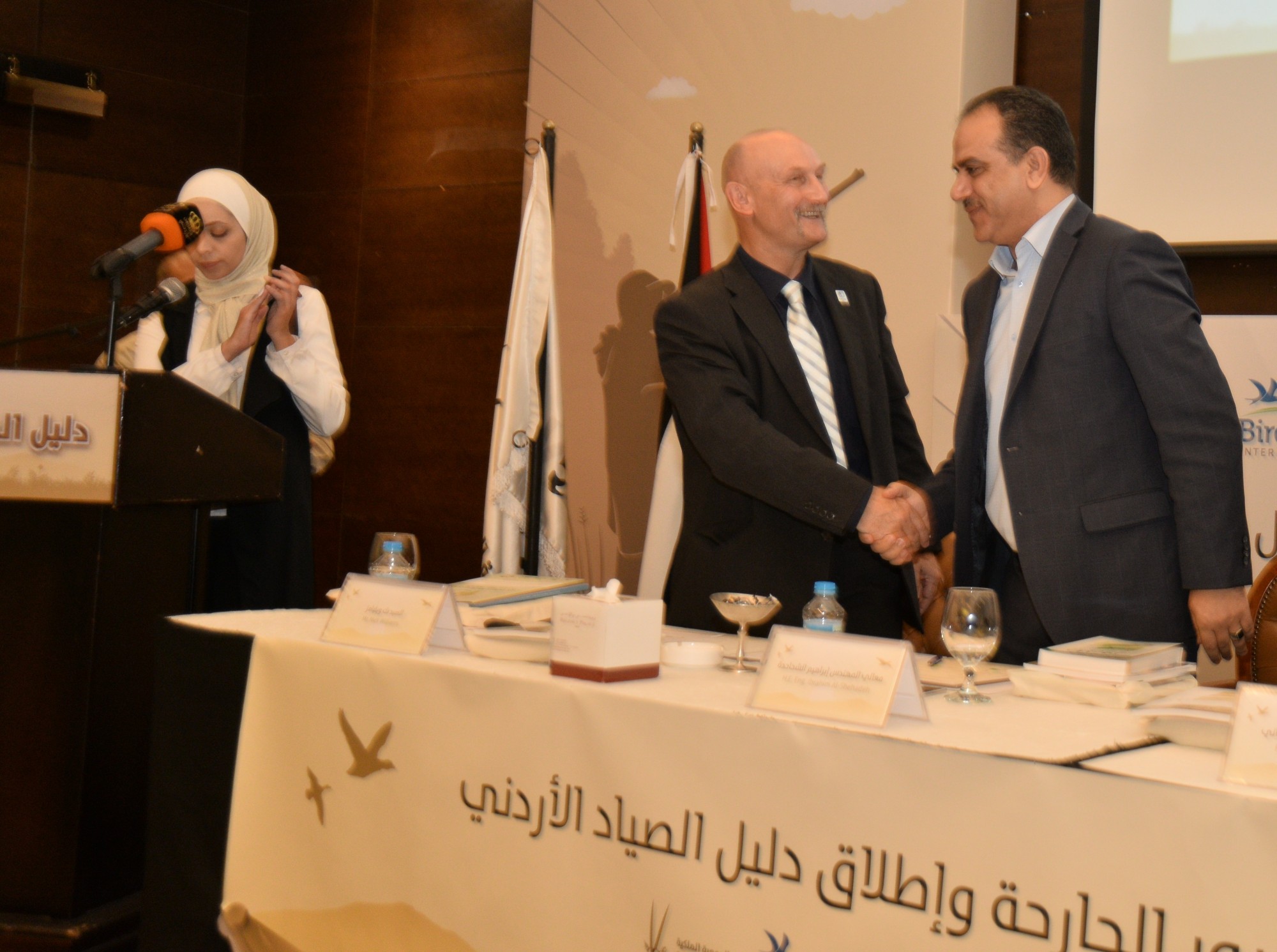 “On behalf of the Coordinating Unit, I’m delighted to welcome Jordan as the 60th Signatory to the CMS Raptor MoU”. Jordan hosts almost half of the 93 species of migratory birds of prey listed on the MoU, and is strategically located along one of the most important raptor migration flyways in the African-Eurasian region. We look forward to working closely with the Jordanian government and other national stakeholders, to conserve these magnificent birds for future generations” Williams said. 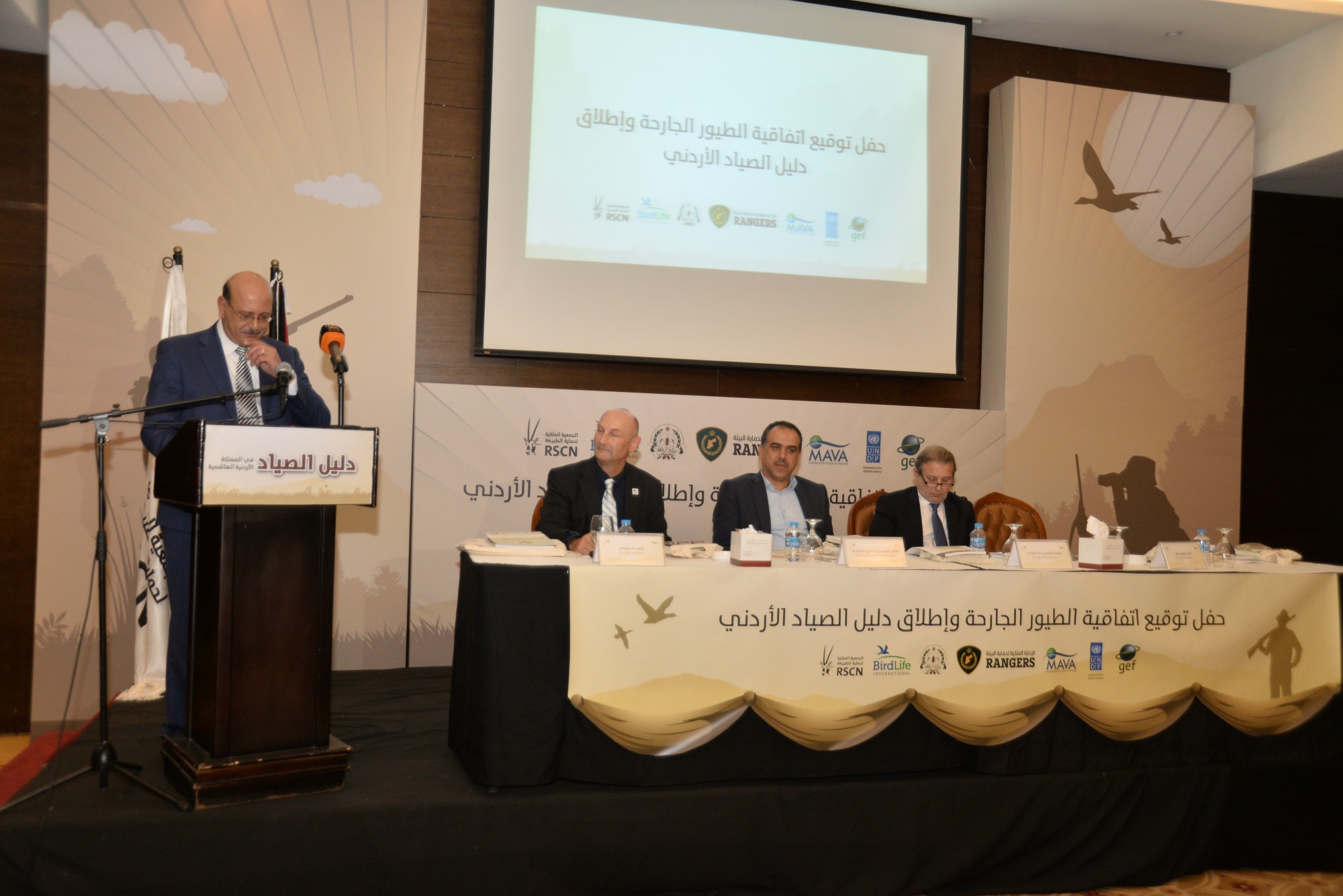 According to IUCN Red List, many birds of prey passing through Jordan are classified as ‘Endangered’, marking this day as the start of a new commitment towards conserving Raptors in the country. Several globally threatened birds like, the Egyptian Vulture (Neophron percnopterus), Steppe Eagle (Aquila nipalensis) Saker Falcon (Falco cherrug), Eastern Imperial Eagle (Aquila heliaca) and Sooty Falcon (Falco concolor) will all be protected under the new MoU, which will be in effect starting 1 January 2019.

After the signing ceremony, RSCN launched a national Guide for Hunters, in cooperation with the Ministry of Agriculture, Rangers, the Global Environment Facility (GEF), the United Nations Development Program (UNDP), BirdLife International, and MAVA Foundation.  The guide is a part of a two-stage national platform aimed at raising the level of hunting skills and efficiency among Jordanian hunters and it is one of the outputs of the Migratory Soaring Birds project (MSB), a regional project to protect migratory soaring birds in countries along the Rift Valley and around the Red Sea. 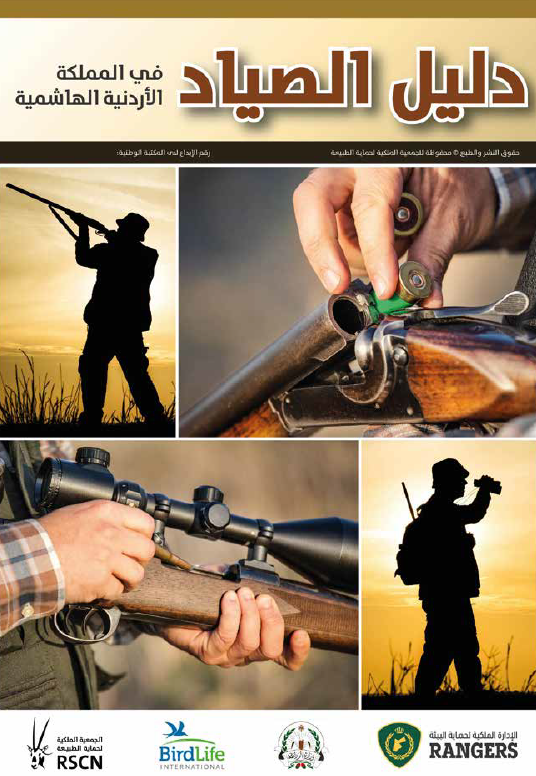 Alongside the Hunters Guide, BirdLife Middle East Office introduced a new booklet on Regional Best Practice for Hunting in Middle East and North Africa to promote responsible and sustainable hunting throughout the region.  Such guides are considered the first of their kind in terms of the details and content, which will contribute to the work against illegal hunting in and outside of Jordan. 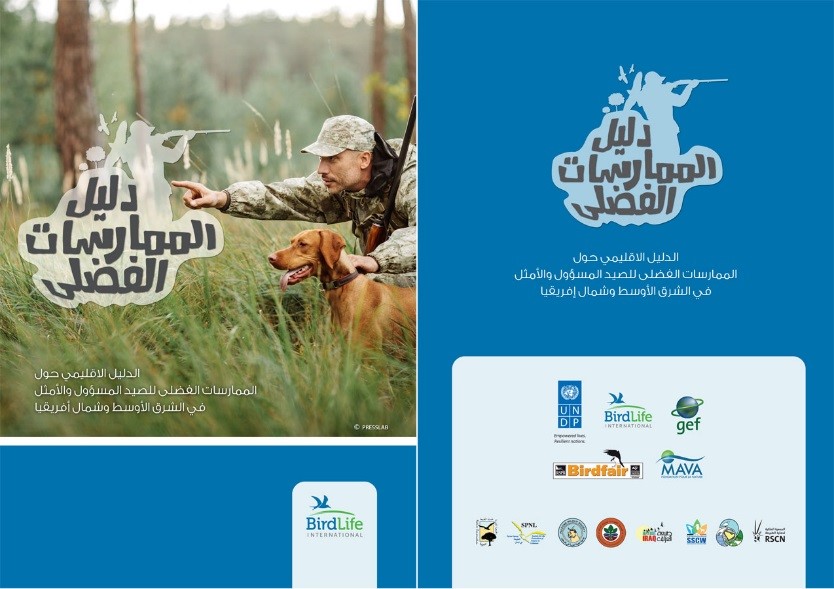 1President of the Royal Society for the Conservation of Nature (RSCN)

2Head of the Coordinating Unit of the CMS Raptors MoU

3Minister of Agriculture and Environment

5Director of Nature Protection Directorate in the Ministry of Environment